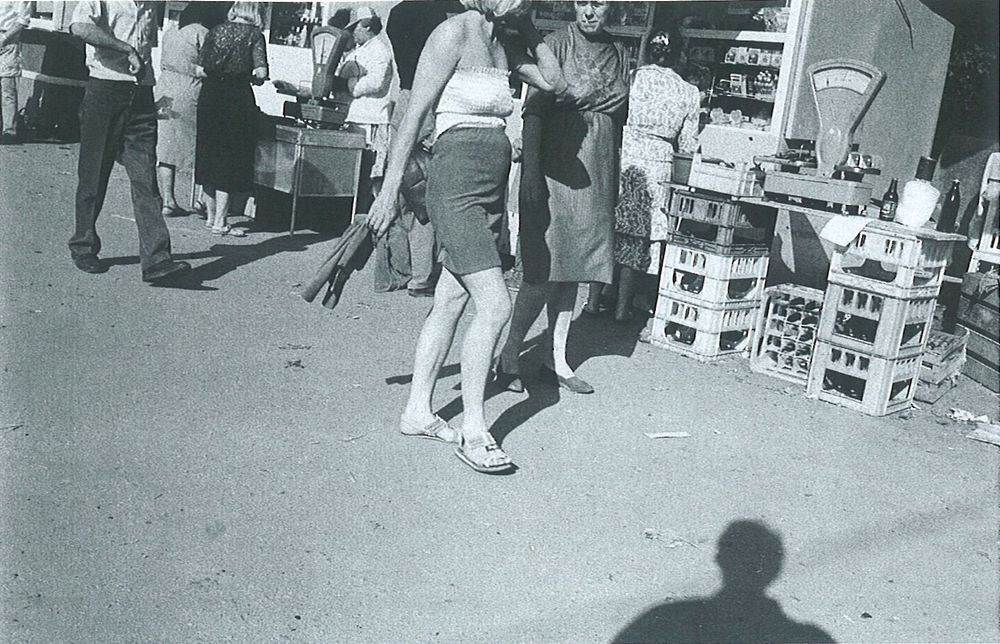 Can photography be seen as a privileged tool of historiosophical reflection? “One period is collapsing, and the other is beginning. (…) When one thing and the opposite existed at the same time. It was this zero moment that I saw”, Boris Mikhailov recalled. Much like a sensitive seismograph of history, Mikhailov’s and Evgeniy Pavlov’s photographs record the process of a downfall – the disintegration of the imperial order, and its language. The destruction of history is accompanied by the disintegration of a way of seeing, the collapse of principles that govern the photographic image. Photography is a perfect reflection of the formlessness (formless moment) of the historical experience: the camera has the ability to catch “red-handed” the gradual collapse of the horizon of our shared history.

TOMASZ SZERSZEŃ is a visual artist, historian, curator and writer.

Author of books “Journey Without a Map and Passport” (2015) and “Architecture of Survival” (2017), as well as many texts on photography, art, anthropology and literature. He is a member of “Konteksty” editorial board, co-founder of “View. Theories and Practices of Visual Culture”, assistant professor at the Institute of Art, Polish Academy of Sciences. His artistic projects were shown, among others, in Biennale Warszawa, Galeria Studio, Galeria Asymetria, Archeology of Photography Foundation, Muzeum Sztuki in Łódź at the Paris Photo. He was also a co-curator of “What Is Enlightenment?” (2018) at the Museum of Modern Art in Warsaw. His new book will be published soon.