'THE WAR ENGRAVED ON FILM'. Kateryna Filyuk on photography of Oleksandr Glyadyelov 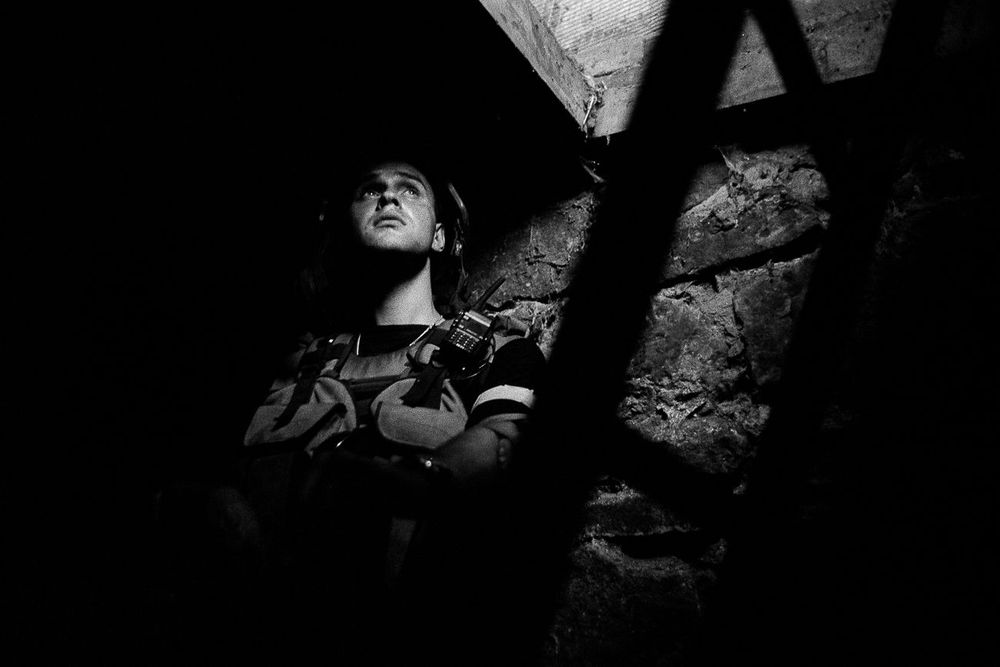 Although Oleksandr Glyadyelov’s photographic practice covers a vast span of topics this text will focus on photographs taken by Glyadelov in eastern Ukraine, where the war has been ongoing since 2014 and his documentation of the Russian invasion of Ukraine that started on the 24th of February, 2022. Today, the photographs taken in 2014-2020, narrate historical events that seem to have inevitably moved away from us in time and space. Now the geography of hostilities has changed, as they are taking place all over Ukraine, and their intensity morphed from peaks of activity during the eight years of relative peace to the almost round-the-clock bombing. However, the essence has not changed: war always brings suffering, ruin, and pain – capitalized truths, (un)learned history lessons.

Oleksandr Glyadyelov is a Ukrainian documentary photographer and photojournalist.

Born in 1956 in the Polish town of Legnica. In 1974, he moved with his family to Kyiv, where he studied optics and instrumentation at the Kyiv Polytechnic Institute.

He deliberately photographs with an analog camera on black-and-white film and prints his photos at his home laboratory in Kyiv. Glyadelov is also a teacher at Ukrainian Photo Schools Victor Marushchenko School of Photography and Bird in Flight. Among his numerous awards and honors are: Ukrpressphoto-97 Grand Prix for his series Abandoned Children; Hasselblad Prize at the European Photography Competition in Vevey, Switzerland, Images’98; Mother Jones 2001 Medal of Excellence of the International Documentary Photography Foundation in San Francisco, USA; Moving Walls 2002 of the Open Society Institute (OSI) in New York, USA. He was also the winner of the Shevchenko Prize 2020 for the photo project Carousel. Glyadelov lives and works in Kyiv.

Kateryna Filyuk is a curator and researcher and currently serves as the curator at Izolyatsia. Platform for Cultural Initiatives in Kyiv.

She is also a co-founder of 89books publishing house in Palermo. Filyuk is a founder and curator of Festival Ucraina. La terra di confine in Palermo (2022). In 2020-21 she was a Curatorial Board member of the Others Art Fair (Turin). Prior to joining Izolyatsia, she was the co-curator of the Festival of Young Ukrainian Artists at Mystetskyi Arsenal, Kyiv (2017). She has participated in several internationally renowned curatorial programs, including Young Curators Residency Programme at the Fondazione Sandretto Re Rebaudengo, Turin (2017); De Appel Curatorial Programme, Amsterdam (2015–2016); International Research Fellowship at the National Museum of Modern and Contemporary Art (MMCA), Seoul (2014); and Gwangju Biennale International Curator Course (2012). She was the catalogue managing editor and discussion platform coordinator for the First Kyiv International Biennale of Contemporary Art ARSENALE 2012. She holds an MA in philosophy from Odessa I.I. Mechnikov National University and since 2021 is a PhD student at the University of Palermo.